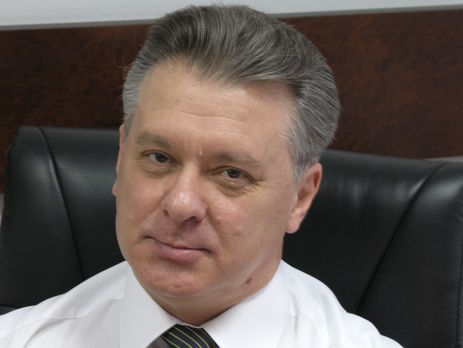 Sad statement: humanity has not yet managed to curb the pandemic. In the absence of the vaccine, none of the spontaneous methods of counteraction worked. Neither the development of community immunity nor the minimization of the spread of the virus through quarantine gave a completely positive result.

That is why COVID-19 continues to shape a new global reality. At the same time, the pandemic not only threatens the lives of many people on the planet but also causes serious crises in the economy, politics, social and cultural life of the world community.

We have previously noted that, among other things, the current epidemic has become a peculiar catalyst to the changes that arose at the beginning of the 2000s, in response to the all-encompassing globalization that replaced the bipolar epoch that fell off the edge of the earth with the so-called socialist system.
The pandemic, in the first place, distorted the global economic field as a continuation of the process of deglobalization. As a result, the IMF estimates that the world economy is in an "unprecedented crisis."

Attempts by some countries to counter negative trends on their own have not yet led to the desired positive results. At the national level, there is a decline in business activity and a decline in production. According to the estimates of the Budget Department of the US Congress for June, for these reasons, budget revenues in the country decreased by 28% ($ 92 billion) compared to June last year. It is in the largest economy in the world.
And, as experts emphasize, no one can make specific encouraging predictions. One expert agrees that in the event of a resurgence of the pandemic in the fall of this year, the situation will be complicated dramatically.

The deteriorating economic situation on a global scale, as expected, caused tension in the social sphere. The loss of jobs and, as a result, stable earnings and savings make the problem of mass poverty a serious social challenge.
But in addition to the deteriorating socio-economic situation, the pandemic itself has caused a more dangerous problem: social distrust of citizens to power. During the quarantine measures, more and more people began to be doubtful for the correctness of the authorities' actions towards the citizens. This primarily concerns official methods of coronavirus control and related official statistics. The situation needs to change as soon as possible.

And it will be very difficult to do. Like any other socially significant phenomenon, the problem of countering the pandemic has not escaped politicization. And where the politics has place, there is the absence of any specifics in this specific case means one thing: the use of "pandemic" rhetoric to achieve political goals, which postpones the moment of victory over the disease indefinitely.

And this is by no means an alarmist passage. Because the process of "popularization" of power that has prevailed in the international political space for the past 10 years has not gone anywhere. Therefore, the fight against the coronavirus will remain a very favorable basis for populists of all stripes: from supporters of the "firm hand" to the anarchists. Especially after the initial, sharpest reaction to COVID began to subside and there was a phase of some habituation to the presence of the disease, as a result of which it became possible to use the problem without the risk of political and social ostracism.

So far, the impact of the pandemic on the government is felt only indirectly, that is through the same negative assessments of its actions in general and the behavior of individual government politicians. Today, it can be stated that the pandemic serves only as a kind of negative background against which the official authorities operate.

However, there is no doubt that in the event of a sharp deterioration in the pandemic situation, the attitude towards the official authorities will also not change for the better. That is, the risk that the coronavirus may become an independent cause of chaotization in any country is quite real.

Moreover, as practice shows, the governments of even the richest countries in the world are not yet able not only to overcome the disease but even to get close to solving this difficult task. Therefore, the authorities will have to make considerable efforts to restore the trust of their citizens. However, the arsenal of positive influence on them is not too rich, which only complicates the problem and turns the possibility of its solution into a probabilistic process.

On August 11, the Russian president personally informed the world that Russia was the first to register a vaccine against COVID-19 (formerly known as Satellite V). Foreign experts engaged in solving the same problem took the news quite cautiously, expressing, at the same time, serious doubts about the possibility of creating an effective and safe dosage form in such a short time.

But, if we abstract from pharmaceuticals, it should be noted that the haste with which Russia announced its "achievement" has another, much more important, socio-political explanation. The Kremlin, more than ever, needs a positive television picture, at least a small victory, to reverse the negative trends that have emerged in Russian society since the vote to amend the country's constitution.

Already the first steps in the implementation of the voted constitutional changes showed that the implementation process will not be as simple as its initiators hoped, and its results will be much more serious for Russia's future.

As paradoxical as it may sound, but with its "lightning" actions, the Kremlin provoked a backlash in society. Instead of publicly supporting the changes, in particular, the "zeroing" of the incumbent Russian president, society began to ask questions – what have they actually voted for.

These issues have become particularly acute in the regions. The events in Khabarovsk are a kind of quintessence of completely new social realities of modern Russia. They testified, first of all, that the tacit social agreement of the 2000s: economic and social stability in exchange for the renunciation of democracy and claims to power – ceases to work. Local elites are increasingly asserting their right to have a place in the system of government.

At the same time, despite the ability of the incumbent Russian president to negotiate with them, he has fewer and fewer resources to maintain dialogue in the usual way for the Kremlin from a position of force or through bribery.

At the same time, the Khabarovsk events showed how different regional protests are from "intelligent" demonstrations in the capital. Russia's "province people", as it turned out, are quite different from what the Kremlin theorists imagined. These people did not lose courage of intimidations but also continued the protest, ignoring the decisions made in Moscow. Another lesson of these events is the simplicity and speed with which spontaneous dissatisfaction in the new Russian conditions can escalate into a political confrontation.

Of course, it is premature to say that Khabarovsk confrontation will be the cause of an all-Russian one. For the most part, Russian society is not yet ready to recognize that the current central government is unable to govern the state effectively. At the same time, new internal realities are forcing official Moscow to look for new forms and methods of interaction with its population. Especially since the problems of each separate region are different. That is why the reasons for the protests may be different.

In this regard, it makes sense to make a brief comment on the post-election situation in Belarus. There is no doubt that Moscow will try to take full advantage of the Belarusian chaos. The main task is to force Lukashenko to agree to complete the process of creating an allied power.

This is exactly the scenario that will suit the Kremlin completely. The "zeroed" Russian president becomes the head of the united state, Lukashenko retains his post (it is
not entirely clear, however, for how long), and his society is satisfied: another small victory achieved by Russia.

The ball is in the middle of the field of the Belarusian leadership and the Belarusian people. Time will tell how they will use it. But, I'm afraid, the Belarusians themselves have very limited room for manoeuvre. If the world community tries to traditionally turn a blind eye to what is happening, focusing solely on the illegitimacy of the election and human rights violations (which, of course, is also very important), the Kremlin scenario is absolutely real.

Previous Article
Four uncommon red flags to find out something is going wrong in your business
Next article
Kopka: Lukashenko will once again have to make a U-turn and become a passionate supporter of the Russia-Belarus confederation