The World After the Virus: Catharsis 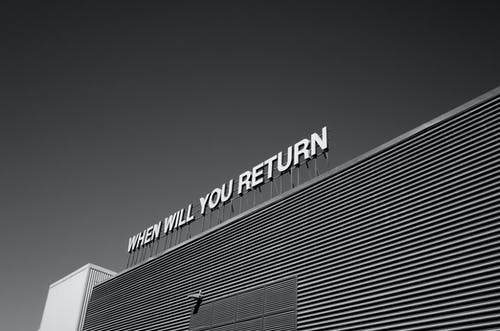 The world is facing a systemic problem that has affected nearly all vital areas for humanity. Regardless of the actual level of threat, the fact is that COVID-19 will definitely impact the global social system in the mid-term. Any predictions about the world’s future should be based on this fact.

The Coronavirus pandemic has become an additional latent factor that could potentially threaten the global social system. Yet another bogeyman has appeared that large profiteers can use to raise panic, cause a market crash, bankrupt businesses, or even make a country default whenever they want.

The greatest danger COVID-19 poses is that there is yet no way to determine – quickly and beyond any doubt – whether the threat is real or manufactured, because testing takes quite a lot of time and effort.

Problems do not stop there. What makes the situation more difficult is that even if the testing method is perfected, no one can guarantee that one day humanity will not encounter an even deadlier strain. The virus can easily mutate, which means we can never be certain.

COVID-19 is the third strain humanity has faced since 2003. As we all know, if something happens once it is an accident, if it happens again, it is a coincidence, but a third time is an unsteady trend.

Thus, humanity finds itself in a psychological trap that immediately makes one think of conspiracy theories. The only difference is that with a classic conspiracy theory, the client (or the subject) experiences a shortage of information about a problem whereas in the case of our current pandemic there is an overabundance of information (including biased data) that makes it virtually impossible to divine the truth – at least in the early stages.

Since it is literally a matter of life and death, the cost of a mistake becomes prohibitively high. With such a strong motivator, even the slightest agitation entering the system can have unpredictable consequences, a butterfly effect in a social environment.

As a result, the potential for society’s descending into chaos, regardless of scale, increases by several orders of magnitude. These are the drivers that have become and will remain dominant in the global social system in the foreseeable future. With time, they will only become more influential.

On the other hand, the state of the global social system started raising concerns a few years before the pandemic. Back in the late 2000s, it was already clear that the post-war world order had become obsolete, and the world found itself on the brink of chaos.

For this reason, the world will go through a great transformation quite soon, even if it does not yet realise it. The longer it takes for humanity to understand what is to come, the harder and more painful it will be to transition to a new world order. The transformation will be triggered by a global-scale event not unlike the current pandemic.

Because of this, there is every reason to believe that the causes of the current recession are more complex than just the pandemic alone. Worryingly, these causes are not yet clear. Before trying to douse the flames with money, it would be prudent to understand why the recession is happening.

The current economic decline already appears much more dangerous than any previous crisis. The latest figures indicate that the global economy came almost to a standstill, which has never happened in all the years following World War II.

This is the starting point from which one should view the current state of the global energy market as well. The reasons behind the recent sharp fall in prices are more fundamental that mere disagreements within OPEC+.
However, experience shows that the political establishment has been using the same old methods to try and solve emerging problems without paying much attention to the new challenges. President Trump’s attempts to reconcile the Russians with the Saudis to increase the prices for crude oil when the entire production sector is in the red are yet another sign that the aforementioned assessment is correct.

The same applies to the USD 2.2 trillion stimulus package allocated by the Trump administration, which resembles rather an attempt to wave the problem aside like an annoying fly.

However, in the present situation, superficial measures will not be enough to solve the problem. Even if we assume for the sake of argument that the pandemic will soon end and the global economy will somehow return to normal, there is no guarantee that a similar crisis will not happen very soon.

Therefore, it would be a grave mistake to adopt a laissez-faire attitude without trying to understand exactly what has been happening. At the moment, we cannot even seem to distinguish cause from effect in the present situation.

Nevertheless, business is business, and it must continue to function, come rain or shine. Given how complex the situation is globally, entrepreneurs should make comprehensive assessment of the environment where they plan to develop their businesses.