Since its establishment in 2014, COSA has been serving its clients around the world providing upscale intelligence solutions related to compliance, security, market expansion and investment matters. Our global reach and international expert network have always been seen as our strongest points, and this year we are happy to enhance these features by expanding our presence in Central and Northern Europe as well as the Middle East – the regions we have traditionally covered, but that require more on-the-ground activities considering our stronger focus on the Baltic-Black Sea region.

We gladly introduce Alexander Kershteyn, Associate Partner at COSA, based in Vilnius, Lithuania, and Ayse Ece Kutsev, Representative in the Middle East, based in Istanbul, Turkey, who will lead the operations in the mentioned regions. 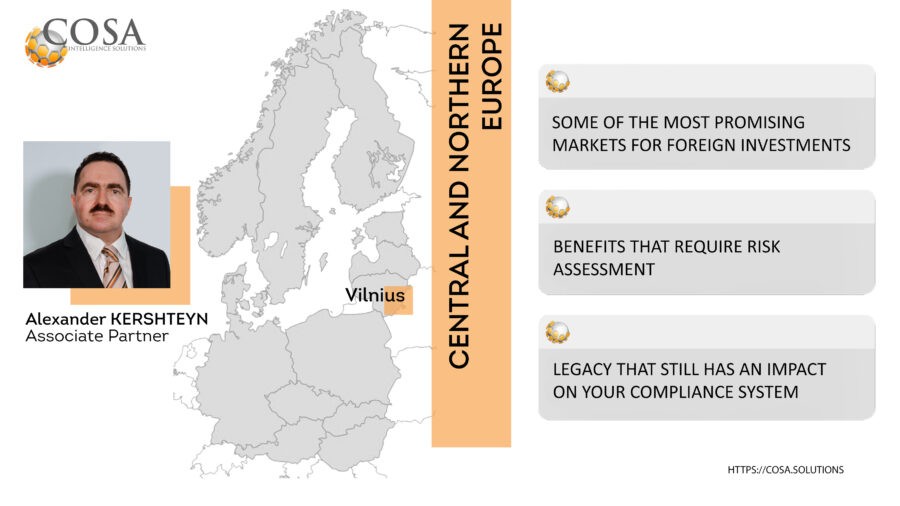 The Baltics, as a foreign direct investment destination, look attractive, but are still too dependent on the emerging markets and Russia in particular in terms of energy and exports. This makes your know your client’s client (KYCC) procedure a bit more sophisticated considering the active sanction regimes, geopolitical security matters and overall compliance issues. The banking sector has improved lately, but is still an area that requires special attention. Finally the inflow of IT businesses from the Former Soviet Union countries, require some deeper due diligence on the UBOs and their affiliates at home.

Just across the sea from the region’s most compliant jurisdictions of Scandinavia, the business environment in Central Europe, including some of the most developed countries in the European Union, is yet not as transparent as it could seem. The sensational Wirecard case is probably just the juiciest one.

Some of the banking sector issues previously predominantly typical for the Baltic countries have somehow shifted to Central European jurisdictions, and money from the FSU seeking new westward routes is seen as the main cause of those processes. Russian names among the UBOs of real estate, IMEX, energy and numerous FinTech companies, are also indicated as red flags by AML/CFT systems. The overcrowded Central European business environment makes it challenging to identify untrustworthy or simply dangerous third parties, and the understanding excessive multijurisdictional information flows is a key to safe expansion in the mentioned region. 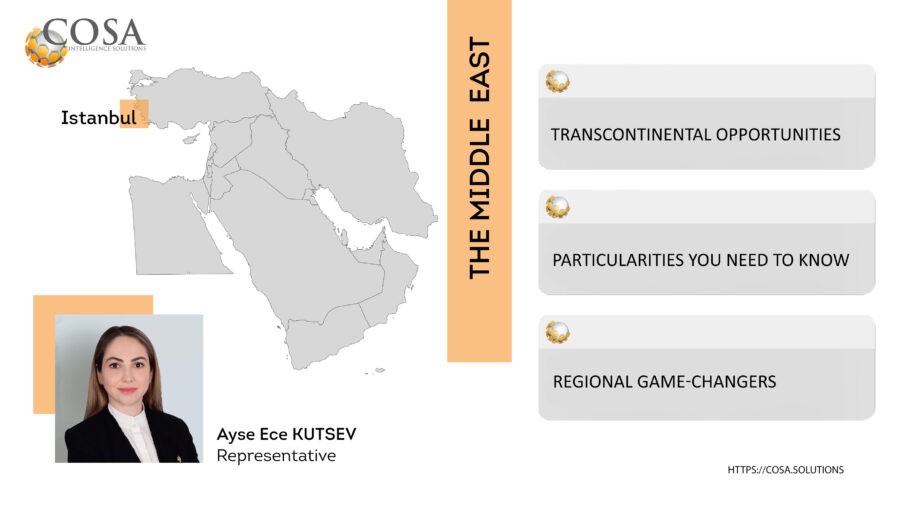 seemingly far, but in the globalization reality a very close Middle Eastern region might become another boosting area in case once purely oil & gas-producing nations start transforming their economies. And some of them are actually already doing this. Moreover, transport routes and hubs connecting Asia, Africa and Europe are emerging in the region and promise to only grow in the nearest future. However, amid the well-seen opportunities, one should expect facing local business particularities very different in every country of the region, the routine security threats and a set of compliance-related risks that are supposed to be considered by anyone entering the Middle East for long.

COSA as a company that builds trust through intelligence approaches the arising demands of its clients with full responsibility and suggests top-grade intelligence and on-the-ground assistance for the sake of good governance, peace and prosperity.

Previous Article
Time to Come Together
Next article
Could the coup d’état in Myanmar be a sign of a bigger issue?