Are those corporate compliance policies just a pile of paper or a reflection of values? 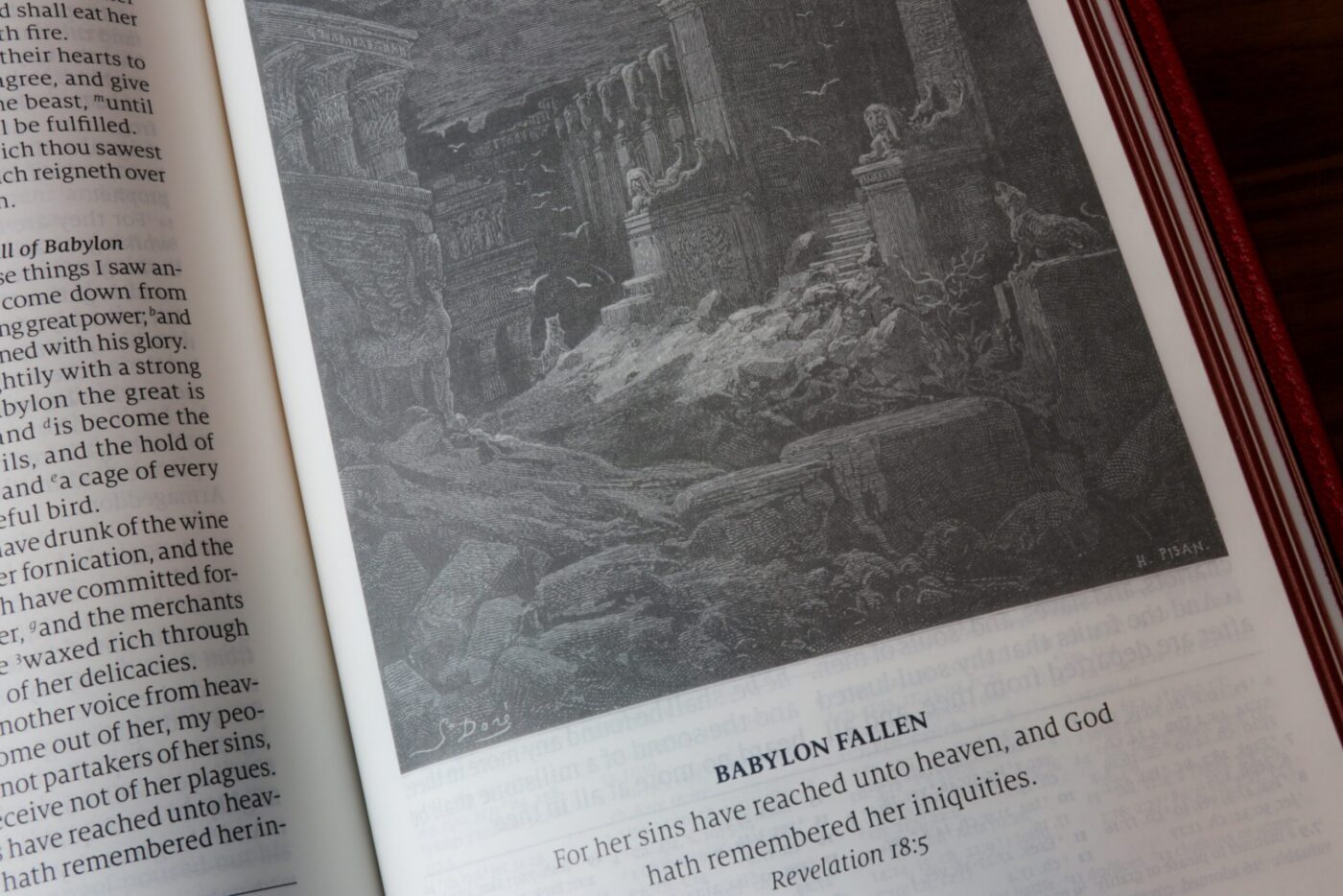 The first paragraph of the publicly available Code of Conduct of a company remaining in Russia after the outbreak of the war of aggression against Ukraine says: The company shows zero tolerance toward corruption, violations of the principles of fair competition and other breaches of the law – and where these do occur, we take swift action. But compliance means much more than just adhering to laws and the regulations described in the company’s Business Conduct Guidelines. Compliance forms the basis for all our decisions and activities, and it is the key to integrity when conducting business.

Many more compliance and business ethics policies have similar statements, but when it comes to making a hard decision to leave a market that in its whole does not correspond to the values and principles indicated, many multinationals stick to calculating their immediate revenues and either try to buy time, or simply find excuses to stay.

In times of war, when the international community joins forces to stop the aggressor, companies can and should apply their ESG, ethics and business conduct codes and policies to their interactions with the state involved in war crimes, as their policies mean nothing if they are not applied to resist evil, especially when their enforcement under the circumstances depends solely on the ability of top managers and shareholders to make hard decisions.

The global economy is deeply interconnected, and even the most isolated states are dependent on foreign markets, supplies, technology and finance. The global business community is in a strong position to support initiatives aimed at improving the global environment and even help solve international security issues through their commercial activities. For the purposes of this article, I will refer to those who do not follow purely economic motives but remain dedicated to their declared values and leave the state of cynical and cruel governance as ‘wolfhounds’, and those who only proclaim their commitment to good governance but continue financing and serving a state nearly expelled from the FATF and given the status of sponsor of terrorism as ‘poodles’.

One might have noticed the word ‘nearly’ before the words ‘expelled’ and ‘given’, and their compliant way of thinking immediately realized that restrictions were yet to be imposed. However, doing business in a responsible way, especially when you are a market leader and an example to many smaller firms, should go beyond just following sanction regimes or other legal limitations. Otherwise, your brand becomes associated with murder; to say nothing of the fact that clearly defined sanctions are often circumvented, both intentionally and accidentally.

While Poodles keep on running under the dome of a bloody circus gone mad, Wolfhounds, instead of waiting out the storm in the hope that it passes them by, start looking for new opportunities, redirect their investments, choose new business directions, and even participate in developing mechanisms to prevent the aggressor state from evading fully justified attacks on its economy that have only one goal, to stop the war. But let’s leave both groups to figure out their strategy and long-term planning on their own and look into what can be done on a global scale.

Despite numerous sanctions circumvention schemes in place, there are some that are of the highest priority in terms of shutting them down. The most significant violations, including purchases of dual-use goods and military technology that is used against innocent victims of war, involve shell companies, nominees and, obviously, third countries. The current enforcement mechanism requires each such scheme to be identified in quite a number of jurisdictions, and consequently puts a significant burden on the banking system in terms of KYC and AML/CFT checks. Banks simply do not have the tools to identify quickly whether a particular dummy company is somehow connected to the Russian military industry, for example.

Nevertheless, there is a way to eliminate those schemes in one blow, and that is to expel the aggressor state from the FATF, followed by blacklisting of the country. This will surely complicate further operations in the sanctioned state for Poodles, and that is when they are forced to leave, but not voluntarily and without all the reputational benefits an early withdrawal would have brought them. Most importantly, such steps will remove uncertainty from bank KYC checks that will then follow only one scenario, simply blocking any payment related to the aggressor state. This will minimize any third country ‘hooks’, as the FATF has significant authority in the AML field globally.

This, however, will make it possible to keep on purchasing critical resources, as they will be directed through limited channels involving a limited number of banks and accounts. There is a risk that the aggressor might block the sale of such resources on its end, but that will only lead to a quicker downfall of its economy, and most importantly to inability to continue waging wars.

In the meantime, sanctioned entities and individuals resort to using third countries as intermediaries in their international operations. The well-known so-called neutral countries and the Collective Security Treaty Organization (CSTO) member states are seen as some of the most frequently used jurisdictions in that regard. Besides transition payments made through the mentioned jurisdictions, sanctioned entities and individuals establish legal entities there and use them as front companies in their international operations, as well as for obtaining accounting and consulting services that have recently been banned for Russian firms by UK companies, for example. Such means of evading sanctions can be limited by introducing a 20-day (the number of days may be changed) KYC procedure in correspondent banks processing key currencies with regard to any transaction with the CSTO member states. The measure can be lifted if no entities or individuals are found to be related to the sanctioned ones by the correspondent banks within a six-month period.

On the one hand, such measures are intended to give correspondent banks more time to conduct in-depth KYC, and on the other hand, prevent the banks in the CSTO member states from letting sanctioned entities and individuals into their system, as they will slow down all of their transactions and impact their main clientele. In the long run, it can also lead to CSTO countries understanding Russia’s toxicity and distancing from it.

Since cash operations will remain unaffected by such measures, albeit less harmful due to their lower volumes, businesses can introduce new ways of highlighting restriction violations or behavior that has nothing to do with ethical business conduct. Keeping an eye on Hawaladars is advisable as well, although they are not the subject of this paper.

Speaking of other ways businesses can play a positive role, we all know how whistleblowing works in cases of corruption practices within the framework of the Foreign Corrupt Practices Act (FCPA), so why not apply a similar mechanism to sanctions violations? Special informing channels, as well as authority and enforcement procedures should obviously be developed, but to simplify the process, the successful implementation of the FCPA can be taken as an example and organized through the U.S. Office of Foreign Assets Control (OFAC). Moreover, the European Commission has already announced the introduction of the EU Sanctions Whistleblower Tool. According to the Commission, the Tool can be used to report on “past, ongoing or planned” EU sanctions violations, as well as attempts to circumvent them. It is also important to engage businesses to use such tools more frequently and at least spread the word of their existence.

On a purely business-to-business level, companies can also exchange information on the circumvention schemes they can identify. For example, service providers such as consultants, customs brokers and freight forwarders might be in direct contact with black traders and firms involved in smuggling for the benefit of the aggressor. Since Ukraine is under attack, its bodies, such as the National Agency on Corruption Prevention (NACP) that currently handles many of the sanctions issues, or the Ministry of Foreign Affairs (MFA), can aggregate information on such service providers through the network of embassies, or using a specially designed online tool for further analysis and enforcement.

While Russian aggression impacts the global food supplies, given the fact that Ukraine is one of the key sources of main agricultural crops that cannot feasibly be replaced, this area of business requires special attention from the international community. Instead of pressuring Ukraine to give in to Russia’s whims, those countries that suffer most from lack of Ukrainian wheat, corn and sunflower, could follow the Wolfhound spirit and support Ukraine in its struggle, using military means if necessary, and actually defend their food supplies. Doing nothing leaves the aggressor free to decide their destiny and keep on blackmailing the world with a threat of famine. It sounds like an extreme measure indeed, but such measures can be necessary in extreme circumstances. After all, the Russo-Ukrainian War is no regular local conflict, but the largest conventional military attack since World War II. Where food is concerned, businesses and governments should work together, and agricultural, food processing, trading and importing companies should coordinate their actions and, instead of lobbying for sanctions to be lifted, pressure their governments to work together to resist the aggression.

Some businesses take a proactive approach and are already exploring the possibilities of such extraordinary steps as resuming operations with particular subjects of the Russian Federation in case of their condemnation of the war on the local government level. It sounds unrealistic, as it, of course, requires local tax control and significant legal, political, financial, logistical and social measures that appear to be impossible at first glance, but we should also remember that a full-scale Russian war of aggression against Ukraine seemed impossible in the 21st century, too.

It is the time for real action to outcompete empty declarations on all fronts, including business, state and the often overlooked international organizations, which should be investigated as carefully as possible, too, including the staff working for them, as they are the ones that are supposed to prevent and resolve conflicts, respond to global crises and apply all their power, authority, human resources and budgets to real action and not just concerns and secondary initiatives, when they are required and expected to help. Meanwhile, businesses (which, unlike NGOs, operate in a complex competitive environment that generates specific skillsets and result-oriented approaches) that offer their expertise and knowledge to such organizations as contracted experts should be engaged on the largest scale possible.

As such, businesses are an important part of the aggression resistance system. They should only stick to the values they declare, take a proactive approach in regard to preventing sanction circumvention (including when it is done by their market peers), coordinate their actions aimed at global peace and prosperity with governments and support international organizations by adding expertise and momentum to their activities. Together we stand.